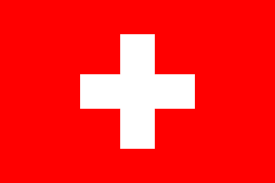 Can we choose any law we want for our contract?

When and to what extent should the parties to a commercial (“B to B”) contract have a right to select the applicable contract law. In the philosophical tradition of Adam Smith (and others), the English common law position approaches the issues of “private international law autonomy” or, freedom in choice of law, with a distinct non-interventionist or libertarian philosophy. The civil law jurisdictions of continental Europe, in contrast, tend to hold the utilitarian “common good” in high regard. At the same time, in no jurisdiction (be it civil or common law) will a choice of law clause in a contract generally be allowed to cancel the impact of  local “mandatory law”, public policy or jus cogens (preemptory norms of international law).

This fact is reflected in the EU compromise (developed when the UK was still in the EU) and incorporated into the Rome I Regulation which allows the parties to a contract the freedom to select the governing law of a contract by agreement (Article 3(1)). However, Articles 3 (3) and 3 (4) of Rome I then impose exclusions on the effectiveness of choice of law clauses in terms of jus cogens and public policy.

The inevitable question arises. Can we effectively avoid the statutory German control provisions in relation to  general business conditions under §305 et seq. Civil Code (BGB) by “migrating” our contract law to the law of another country, such as Switzerland ? It depends.  The first issue is whether the contract is (largely) domestic, or whether the agreement is of a true international or cross-border nature.  The answer further relies on whether the provisions of § 305 et seq. BGB are jus cogens or mandatory and, furthermore,  on the interface between Rome I and other conflict of law rules. (Incidentally, even after Brexit, the EU Rome I Regulation is “retained law” in the UK and therefore still part of English law.) In this regard, English and German courts are certain to be taking different approaches, especially as we move on into a post-Brexit world.*

Going to Switzerland may not solve all your contract problems. The contractual parties’ “right” to a choice of law may sometimes be illusory. Check it out before trying to reflag your contracts.

*For a very interesting and in-depth discussion of this subject, this is one of the most recent articles to be recommended: Patrick Ostendorf (2021) “The choice of foreign law in (predominantly) domestic contracts and the controversial quest for a genuine international element: potential for future judicial conflicts between the UK and the EU?”, Journal of Private International Law, available at https://doi.org/10.1080/17441048.2021.2003957